Early theme discoveries are clear competitive advantages. Yet, such early discoveries can only result from a real-time perception of an expansive market context – which are much more than an awareness of a particular company.

The combination of IBB classifications plus Discovery Patterns Ai produces Industry Graph. Industry Graph is an advanced form of business and financial discovery from unstructured data like news, blogs, texts, social media and multimedia. Like other forms of discovery, Industry Graph anticipates investment relevancy, even if an investor does not know how to define the investment competitive environment. Industry Graph also provides our clients with a disciplined and ever updated definition of competitive interests like changing competitors, buyers, suppliers, market substitutes, and emerging competitors. Industry Graph is in sync with similar Internet information advancements like Google Knowledge Graph, Facebook’s Social Graph and Linkedin's Economic Graph which also anticipate user interests.

Most searching and listening tools require clients to know on which topics they need to focus their tools. Not so with Discovery Patterns. We start with an expansive ecosystems which embodies include a general definition of a client’s business and financial interests. We apply the massive scope and discipline of Industry Graph to expand the detail of potential theme discoveries. Our clients can apply their unique market perspective. We leverage that perspective with our Industry Graph detail and continuous theme discovery processes to discover the important and changing connections among numerous industry participants and influencers.

The Porter Foundation of Competitive Context
The IBB classification System [TM] is unique not only because of its 20,000 industry granularity, but also because the industries were defined and analyzed by leveraging the five forces model – the competitive forces first advocated by Michael E. Porter of the Harvard Business School. By tracking and seeking interactions among relevant industry competitors, buyers, suppliers, entrants and substitutes, we discover early trends while they are generally hidden from public awareness. 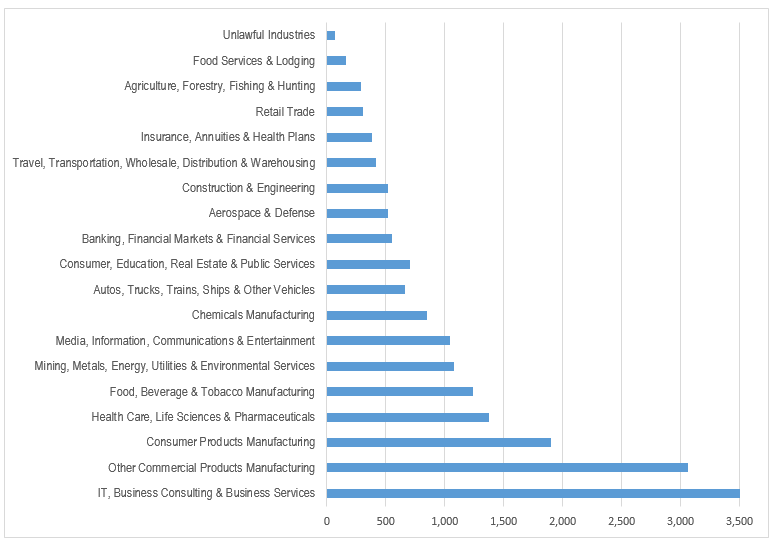